Various backlog UI properties are customizable via component attached to the root of the prefab; see tooltips of the properties for details on what each of them controls.

Consult built-in UI customization guide for more info now how to customize and configure the UI.

It's possible to prevent specific text printers from adding messages to the backlog by disabling Add To Backlog property in the printer actor configuration. When Split Backlog Messages property is enabled, all the messages added to the backlog will be split (displayed as separate records). 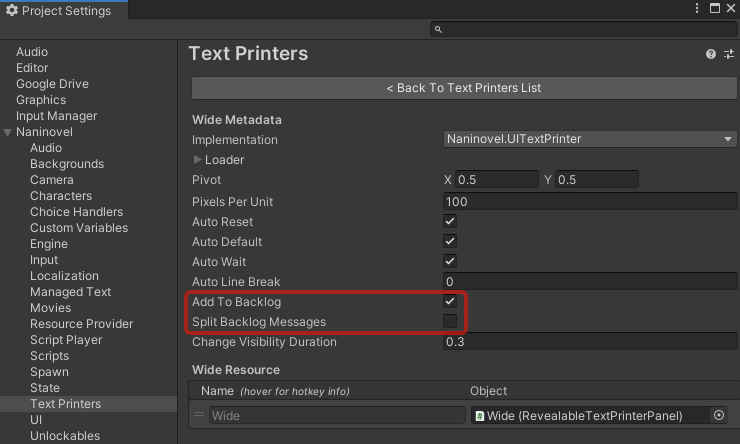 It's possible to automate additional processing for text messages with an associated author (aka direct speech). The processing is configured individually for each text printer actor via Authored Template property. 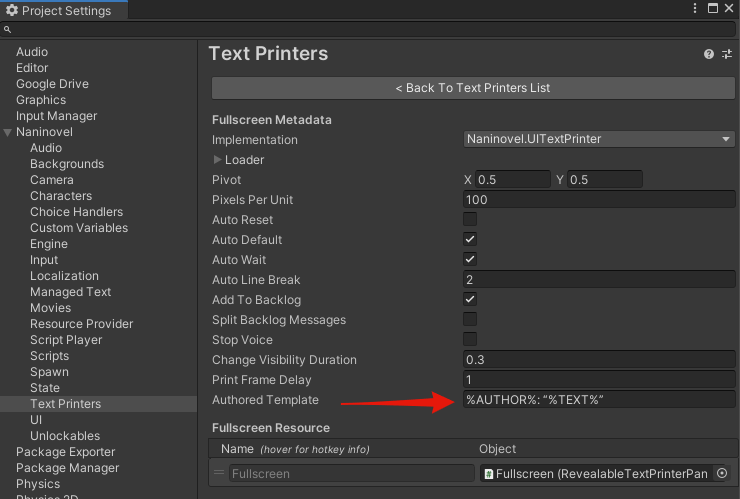 You can specify any text formatting tags or characters and use %TEXT% to be replaced with the message text and %AUTHOR% with the author name (character display name). For example, consider the following template: “%TEXT%” — <i>%AUTHOR%</i> — it will wrap the printed message in quotes followed by a dash and author name in italics; for example, Kohaku: Lorem ipsum. processed with such template will result in: 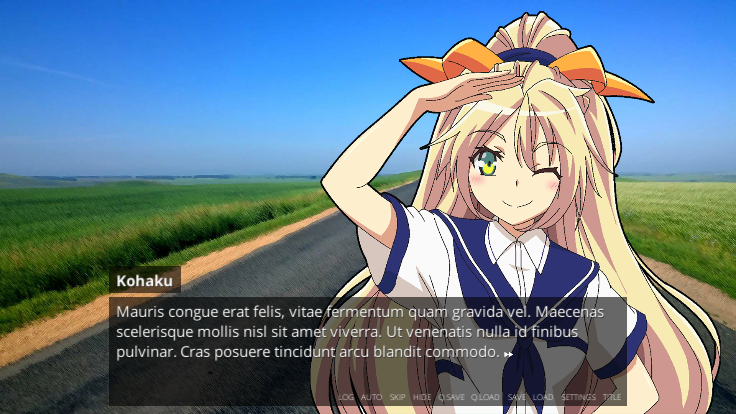 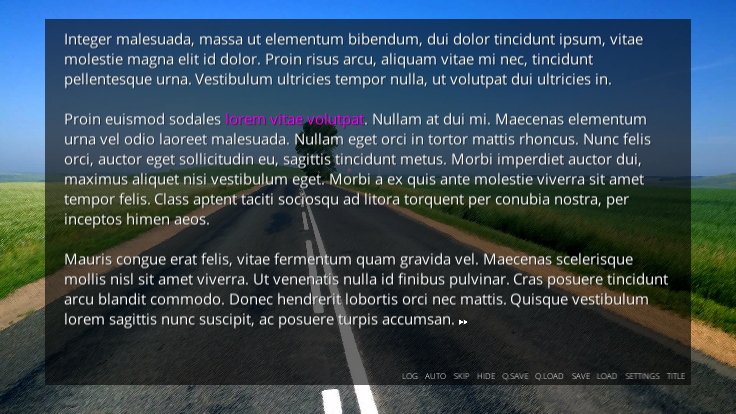 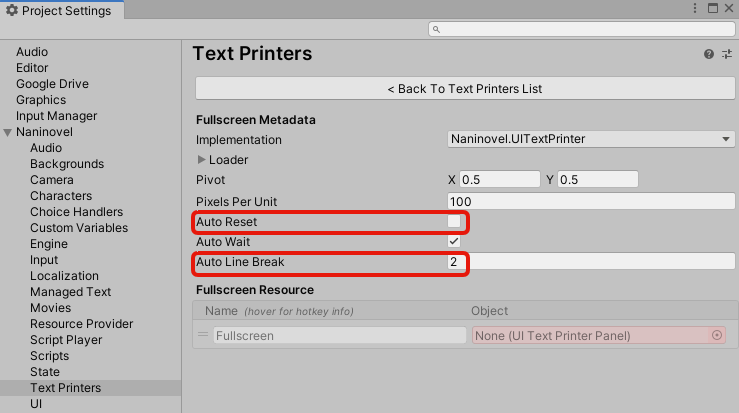 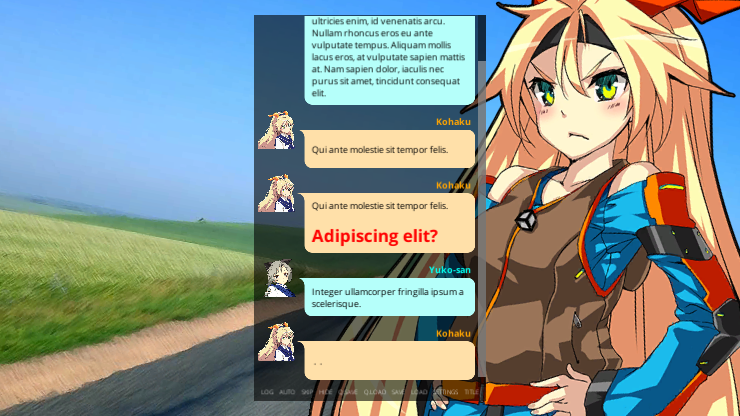 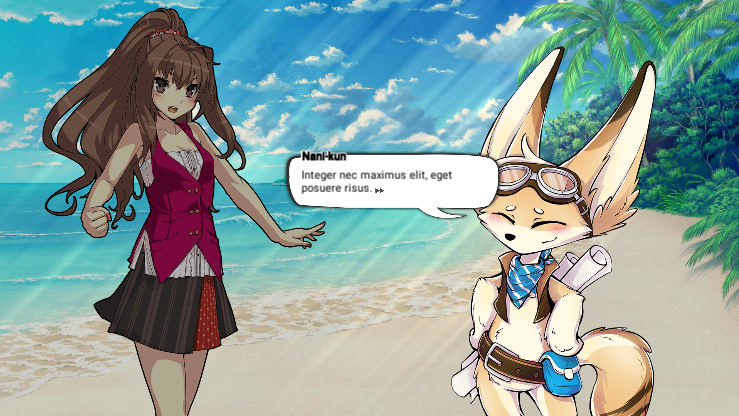 Check out demo project for an example on adding a custom printer. The prefab is stored as Assets/Prefabs/CustomPrinter.prefab. 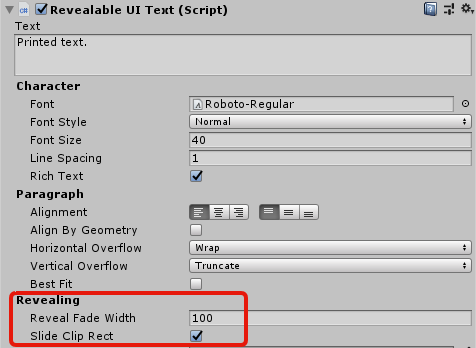 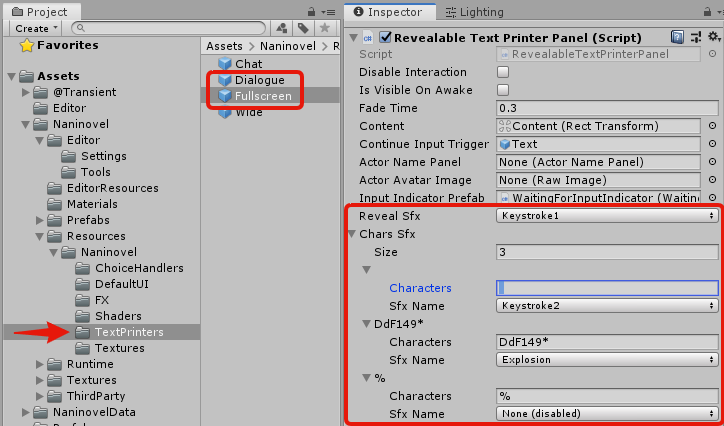 Before using the TMPro printers, make sure you have TextMesh Pro installed in your Unity project. TextMesh Pro can be installed via package manager accessible with Window -> Package Manager menu. 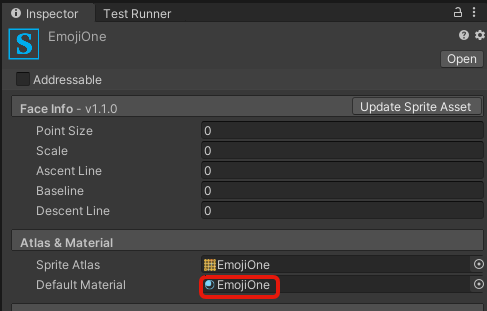 To use RTL text in a TMPro printer, do the following: 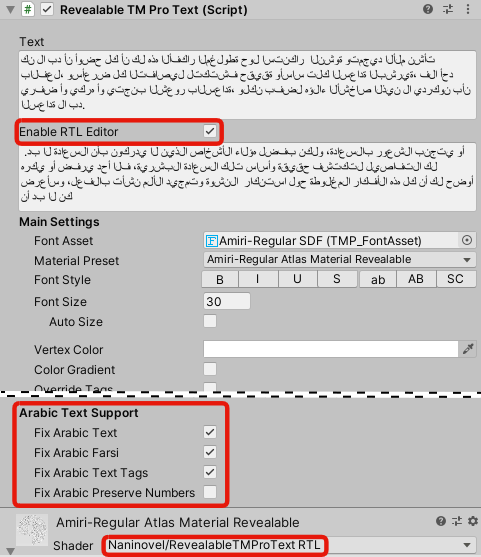 Don't forget to use a compatible font and atlas configuration; here is an example:

You can additionally control the size and vertical line offset of the ruby text by changing properties of RevealableTMProText component used in the printer prefabs. 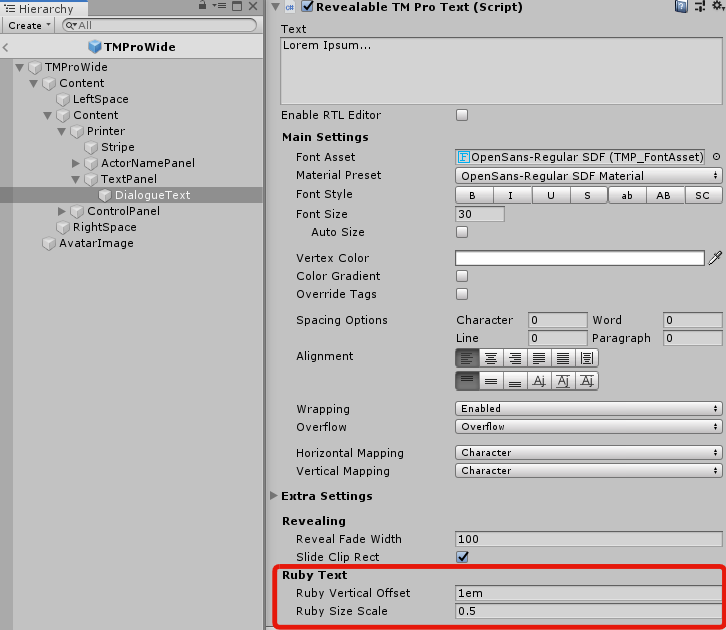 By default, when a ruby text is inserted to the printed message, line height is increased to compensate for the new content. To ensure equal height for all lines (both with and without ruby text), disable Add Ruby Line Height property and increase default line height. 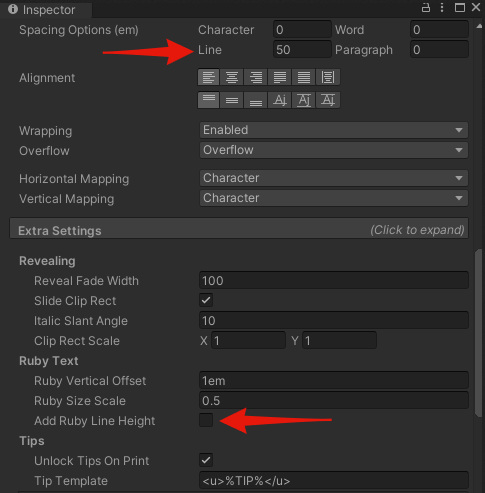